Going to live in a new country is a beautiful and exciting experience. The reason to move to a new country always has varying motivations for individuals: a new job, family life, school, or lifestyle, are all powerful factors to justify making the move.

Choosing to move to Malta grants individuals an idyllic Mediterranean lifestyle; With more than 300 days of sun year-round, a vibrant social scene, and a significant expat community, Malta boasts an ideal lifestyle for those considering moving to the island. As with any significant decision, it is important to do as much research as possible on your prospective new home, especially when moving for work reasons.

Located in the middle of the Mediterranean, Malta is located just 93km South from Sicily and 288km North from the Sahara, boasting a fusion culture of European and African influences. 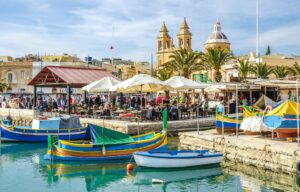 The smallest of the EU states, Malta is home to expats from all over the world. Featuring a stable environment for families, a tropical Mediterranean destination for retirees, and an increasingly attractive space for freelance and digital nomads, Malta is exploding with opportunity.

Should you choose to learn the local language of Maltese, the language is a combination of Semitic and Romantic origin, making it tricky to learn if you are unfamiliar with the Arabic language. Luckily for Expats looking to work in Malta, the majority of the Maltese population speaks English to a degree, as well as an ever-growing Expat community, making it easier to adapt to Maltese life.

If you are an EU/EEA/EFTA citizen, it is relatively straightforward to work in Malta. You are legally within your rights to obtain work in Malta without the requirement of a work visa.

For third country nationals (TCNs) seeking work in Malta, there are two options:

Should you have the funds available for this option, TCNs are able to invest into a citizenship program, approved by the European Union, for relocating to Malta for business or personal reasons. This investment is quite time and financially consuming, often taking months of processing, while also being quite competitive.

In order to receive a Single Permit, TCNs must find an employer willing to apply on their behalf for the Single Permit, in order to work legally in Malta. This is a more feasible option for individuals as there are significantly lower fees, and typically takes anywhere from a few weeks to a few months to process.

What is required for TCN to apply for a work permit? 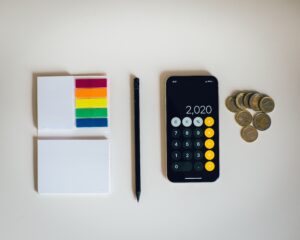 The minimum starting salary in Malta is noted as €19,390 per annum. Salaries in Malta drastically vary depending on which sector you work in; For example, those working in the booming Gambling sector can expect starting salaries from around €22,000 per annum. *Annual wages depend on the company as well as the individual, and could be subject to change.

Malta is well known for having a highly desirable taxation system; Both residency and marital status are taken into account in Malta’s tax system. Therefore, it is essential to research which tax system your status will fall under in order to gauge how much income needs to be made to live comfortably in Malta.

Persons who are ordinarily resident and domiciled in Malta are subject to income tax in Malta on their worldwide income and certain capital gains. Individuals who are neither domiciled nor ordinarily residents of Malta are subject to pay tax in Malta on any income made in the country, as well as any foreign income received in Malta. Foreign capital gains are waived from Maltese income tax in this scenario.

Individuals should seek guidance from local accountants or financial advisers for guidance on their tax requirements.

Malta allows individuals with married status to file joint tax returns, with the income of the partners aggregated for taxation on global income. Interestingly, resident Married individuals can opt to be taxed on an individual basis as per the above rates.

Malta’s corporate tax is a fixed rate of 35% whether set up locally or abroad, with full imputation systems when applying for dividends. 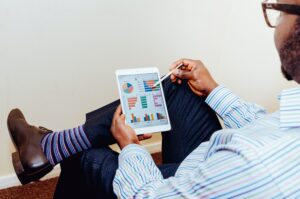 Maltese workers receive favorable benefits while employed on the islands. The typical Maltese worker has a work week of 40 hours (Monday – Friday with office hours from 8am – 5pm), with Saturday & Sunday off. Of course, depending on which sector you work in, these hours and work days are subject to change.

By Maltese law, workers are entitled to a minimum of 26 holiday leave days per year, 14 public holidays annually, 14 days of sick leave per year, 14 paid weeks of Maternity leave for women and 4 weeks unpaid leave, totalling 18 weeks of maternity leave.

Any EU Nationals in Malta gain access to the free public health outlets as per EU law. TCNs working in Malta are required to purchase private healthcare when applying for a Work Visa (Single Permit), granting private insurance for their first year. TCNs who subscribe to National Insurance are able to access free, public healthcare – however it is important to know your rights when in such a situation. 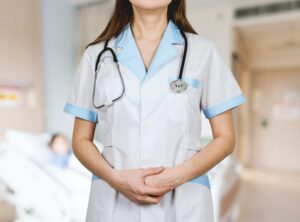 When joining the European Union in 2004, Malta adopted the Euro as its official currency nationwide. In recent years, Malta’s economy has been steadily strengthening due to the massive iGaming sector, as well as the aviation and shipping sectors. Unemployment has remained relatively low even throughout the Covid-19 pandemic, with only 4.09% in 2020.

Many expats relocating to Malta are coming to work in the iGaming sector, Finance, and IT markets, as the demand for workers continues to surge.

Are you looking for your next workspace solution in Malta for your business?

With SOHO, your ideal workspace solution is here.

3 prominent Office centers in Sliema, St. Julian’s, and Gzira, in Malta’s most sought after business district.

Take your pick from SOHO’s Affordable and Flexible Dedicated Workspaces that include:

and your choice of membership plan exclusively tailored to fit your business needs. 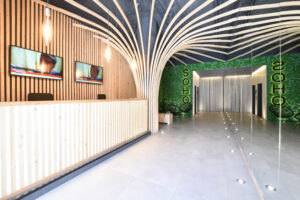 Access to an array of high-quality amenities that include:

Get creative as you sit, brainstorm, exchange ideas, and relax with like-minded professionals at one of the cafes next to our business centers where in-house members enjoy exclusive discounts. 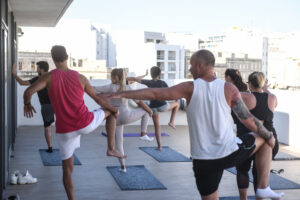 Re-energize in SOHO’s Members Lounge, featuring terraces overlooking some of the best coastal views of the Mediterranean in Malta.

Find your inspiration as you lie on the hammock in SOHO’s chill out area.

De-stress in SOHO’s new fitness facilities or join us for a class of Morning Yoga.

At SOHO we connect members

Are you looking for a fun community vibe that does not revolve just around your local internet café?

Then we welcome you to join SOHO’s community and enjoy a series of ‘responsible events’ in SOHO’s Lounge area. SOHO always has something special planned every week throughout the calendar month year-round.